Those of you who have had their fair share of airplane rides may have a thing or two to say about the in-flight meals. People often say that airline food is horrible but when I finally got to sample a few dishes during a couple of flights, I realized that some stories are a bit exaggerated. Perhaps it was just my luck that the airlines I have flown with served good food or I just ordered the right dish; either way, I have always had this notion that in-flight food are generally bad.

I have refrained from ordering heavy meals for shorter international/local routes (like Manila to Hong Kong or Manila to Kalibo) so I can only vouch for the very few instances wherein I had to endure a longer airplane trip. Nothing close to a transpacific flight, of course. In late 2015, I had the opportunity to go on two trips: one to Seoul, South Korea and the other one was to Osaka/Tokyo, Japan. And with those trips, the chance to sample airline food.

For my trip to Seoul, I opted to book a flight with AirAsia, despite my fears of using their company (see: AirAsia Flight 8501). The main reason for my choice is simple; they were the cheapest I could find during the time I was booking my roundtrip tickets. During the booking process, I decided to pre-order the Nasi Lemak for the MNL-ICN route then I removed the meal option for the ICN-MNL route.

This airline took my breath away; first with the reasonably priced roundtrip, multi-city tickets, and secondly with the wonderful in-flight meals and snacks. We rode Economy all the way and having ridden only budget airlines before that trip, it felt like a big upgrade from what I’m used to. My friends and I were so glad that we chose to ride Cathay Pacific for our Japan trip.

I can’t find a Cathay Pacific meal menu so I’ll just go straight to the pictures.

The male flight attendant who was assigned to our cabin couldn’t be anymore frustrated with us. I think. We were so tired from our trip that for every instance that he passed by, first to offer drinks and second to give us our meal, we were fast asleep. He had to repeat everything he had to say and in a much louder tone each time. Haha! So when he was going down the aisle to serve meals, he had to raise his voice and repeat, “Sir! Madam! Pork and Rice, or Fish and Rice?” He was not rude at all and his British accent was very soothing to the ears, despite what happened. Haha!

Understandably, there are people out there who would not appreciate the taste of airline food. I mean, not all my meals were winners but after getting a taste of it, I think that the claim that airline food is ‘the worst’ is grossly exaggerated. The in-flight meals that I have tasted thus far were not ‘horrible’ at all. Some could use more seasoning and some may need an upsize but overall, I’m pretty satisfied with them. If I do get the chance to fly internationally again, I would definitely pay closer attention to the meal/food service; not to complain but to find more good things I can say about it.

If you really do end up with a bad in-flight meal, think about this: you are sitting inside a pressurized cabin that is cruising at an altitude of 35,000 feet. A dried piece of chicken breast should be the least of your worries.

The lack of Cathay Pacific’s Anzac Cookies* could very well do me in the next time I fly a different airline though.

*There are a lot of Anzac Cookie recipes available on YouTube and Google. I am aware that this is not a cookie unique to Cathay Pacific. 🙂

Sing to me Cancel reply

What are you looking for? 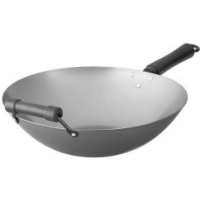 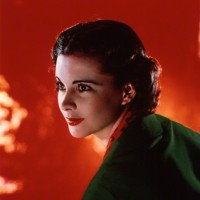 zOld - Ang Sarap (A Tagalog word for "It's Delicious")

Dishes prepared by a passionate foodie simplified for people who shares the same passion. Warning: May contain traces of reviews

A one-man show, so I've been told